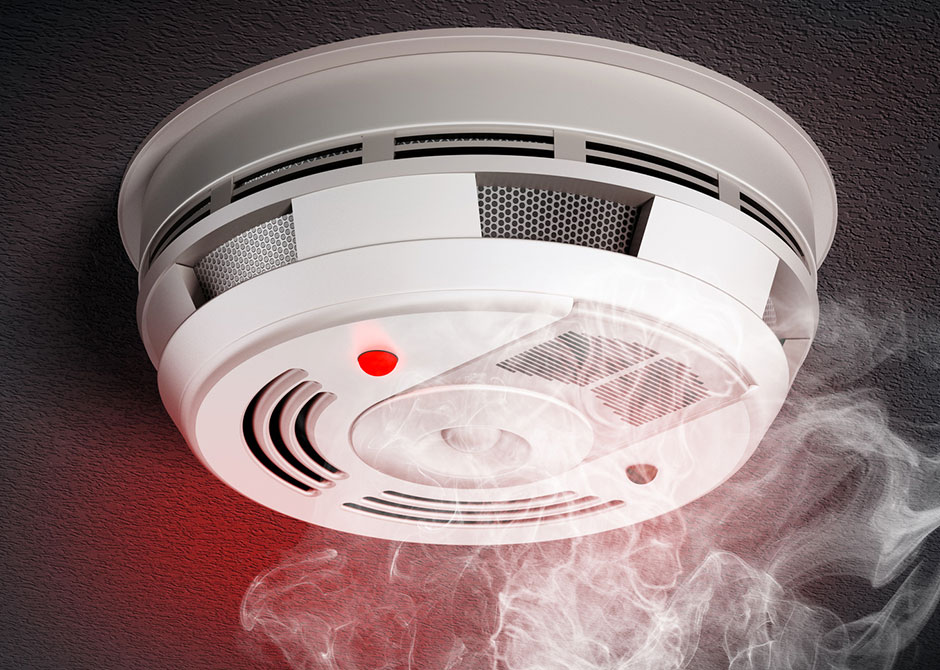 Fire protection in the automatic detection of fire has become highly increasingly significant, in that, giving an early diagnosis of danger, allows immediate action with the advantage of starting the fight the fire in its early stages, when the damage is minimum taxa and the containment of the fire is easily crowned by a ready success.

The detection techniques using the products of measurable reaction material or the secondary effects of the reaction energy, typical of the combustion process.

In practice, however, using the detection techniques related to the following three types of detection: 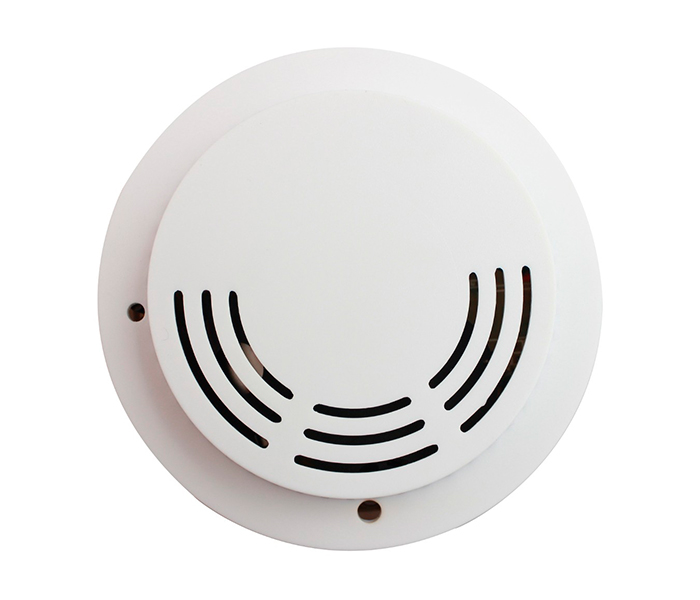 The revelations of smoke occupies a privileged place among the available techniques for early detection of fire. The European standard EN 54 prepared by the CEN European Committee for Standardization defines the smoke detectors as motion detectors that react to airborne particles and in aircraft only produced by combustion.
Smoke detectors are basically of two types:

In turn, the optical smoke detectors differ according to the operating principle as:

The optical smoke detectors to extinction using the physical effect of the reduction of the light intensity of a light source when its beam is invested by the smoke.
The optical smoke detectors to spread using the same principle and they differ from those in extinction for the presence of a screen placed between the emitter and the receiver. In the absence of smoke the light energy is intercepted by the screen and does not arrive on the photocell.

The smoke detectors ionization chamber react to combustion products that modify the ionic current in an ionization chamber. To describe the principle of operation suppose a small radioactive source (generally Am241) which ionizes the air in a limited environment between two electrodes. Applying to the latter a potential difference, it fails to read the current passage with appropriate instrumentation. When smoke enters the measuring chamber, attaches itself to the flow of air ions, it causes a slowdown and facilitates the conversion to the neutral state, for which there is a reduction of the current. In other words, the presence of smoke inside the room is read as an increase of the resistance and the current variation is used as alarm criterion. 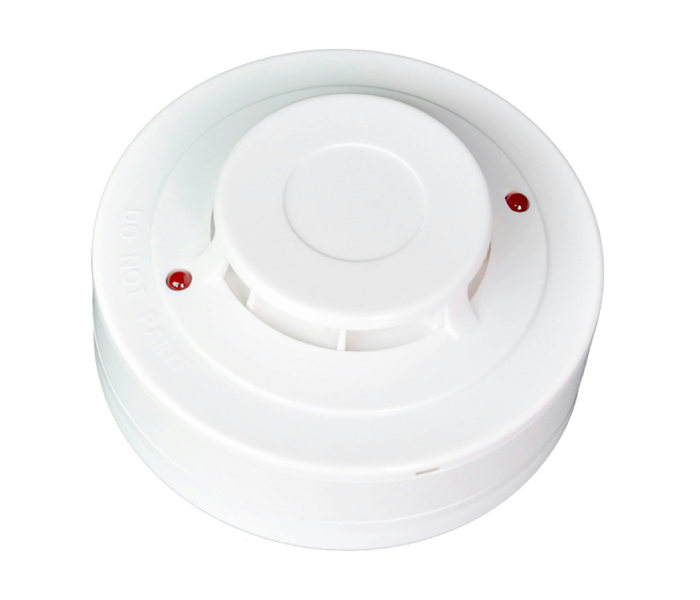 Heat detectors may be defined as devices that respond to a rise in ambient temperature.

Are essentially of two types:

This reaction could be an advantage in cases where a rapid variation of the ambient temperature depends on normal conditions of user such as those typical of kitchens and boiler rooms, while if the defect is a rapid increase in temperature is related to a situation of fire.
Another defect that appears in the detector thermostatic resides thermal inertia of the sensitive element, so that even in case of high temperature gradients, the ambient temperature can significantly exceed the calibration value of the sensitive element before the detector intervenes.
Therefore, the use of this type of detector finds its optimal location in the detection of open burners with flames and in all situations where it is expected, in the event of an accident, a fast rise in temperature.

The detectors have a sensitive element-rise calibrated for a given temperature gradient, measured in ° C / min.
The principle of operation according to which they operate refers to the precise characteristics of the thermistors or the electrical resistance of the cables or the principle of expansion of the liquids.
They are activated when the temperature gradient, which is subjected the sensitive element, reaches the calibration value, as a result of an increase of the ambient temperature. The trip time is a function of temperature variation and is much more short and more rapid is its variation.
The detectors are insensitive to changes in lens-rise of temperature for a compensation effect between the sensitive element of measurement in contact with the outside and the reference.
This is a positive feature in applications where the ambient temperature varies slowly under normal conditions within the limits very extended.
-Rise detectors are an optimal protection in environments with risk of fire to flame. 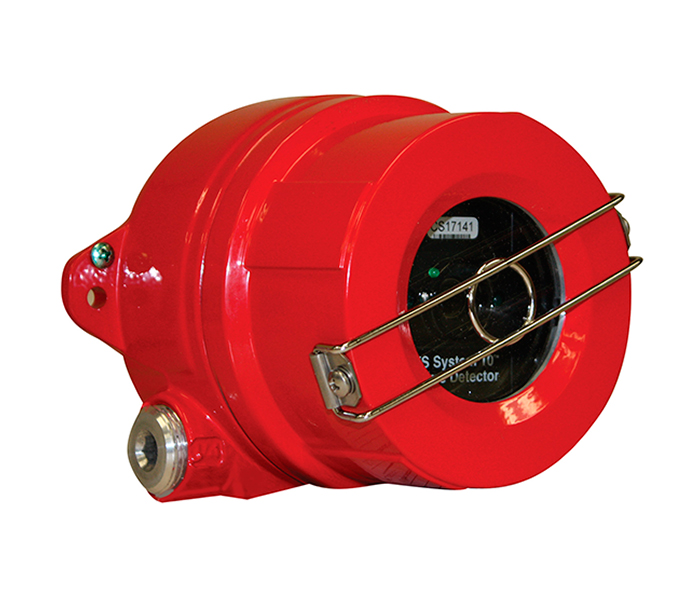 In the optical detection of flames using the electromagnetic radiation emitted by the flames to report a situation of danger. To the sensor it is therefore the task of converting the optical signal into an electrical signal.
It is important for the reliability of such a detection technique to make a clear distinction between the signals coming from a real flame and those that come from other situations optics, simulants the flame, but that have nothing to do with a fire. It is, ultimately, to filter the sunlight reflected light, lightning and other optical interference.
For this reason, the sensitivity of the detectors is selective in the neighborhood of a given value in the range of electromagnetic radiation from ultraviolet to infrared. In fact, the ultraviolet radiation turns out to be weaker and is easily absorbed by the very presence of smoke particles or other particles of different nature. It can therefore occur that a sensor is not sufficiently activated to intervene.

Smoke detectors optical flame can be divided into two types:

The optical detector of flame single channel finds its optimal application in the protection of environments where there are materials containing carbon and which burn with flame.

The detectors of optical radiation with dual channel are equipped with 2 pyroelectric sensors sensitive to infrared radiation in two different wavelengths. The first sensor reacts to infrared radiation in the spectrum characteristic of the carbon dioxide produced from carbon-containing materials such as wood, petroleum products, plastic, alcohol, etc..
The second sensor performs continuously monitoring of external sources of interference, which emit signals similar to the flame, such as sunlight, artificial light, or radiation such as that emitted by warm bodies.
The signals from the two sensors are compared in amplitude and phase synchronism in an electronic circuit. This control gives the detector a remarkable immunity from external influences simulating the presence of flames. 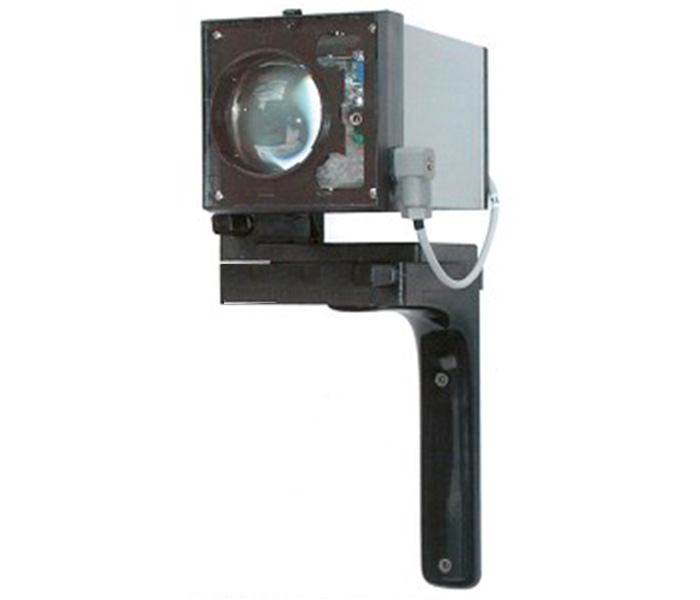 The smoke detectors, such as those of heat, can be distinguished in relation to the detection zone, into two classes: